DatabeatOMNI is working as intended. There are no known issues. 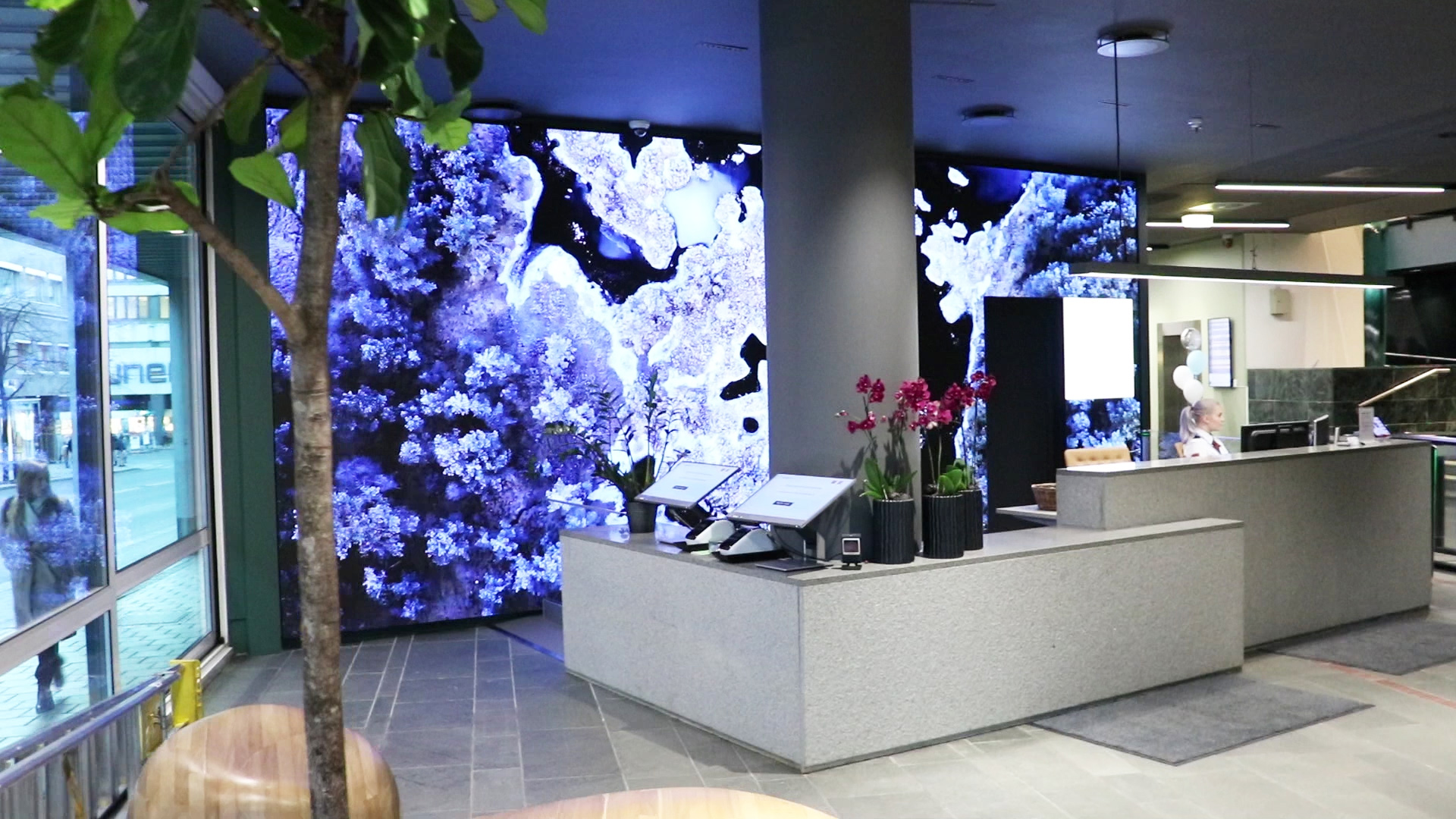 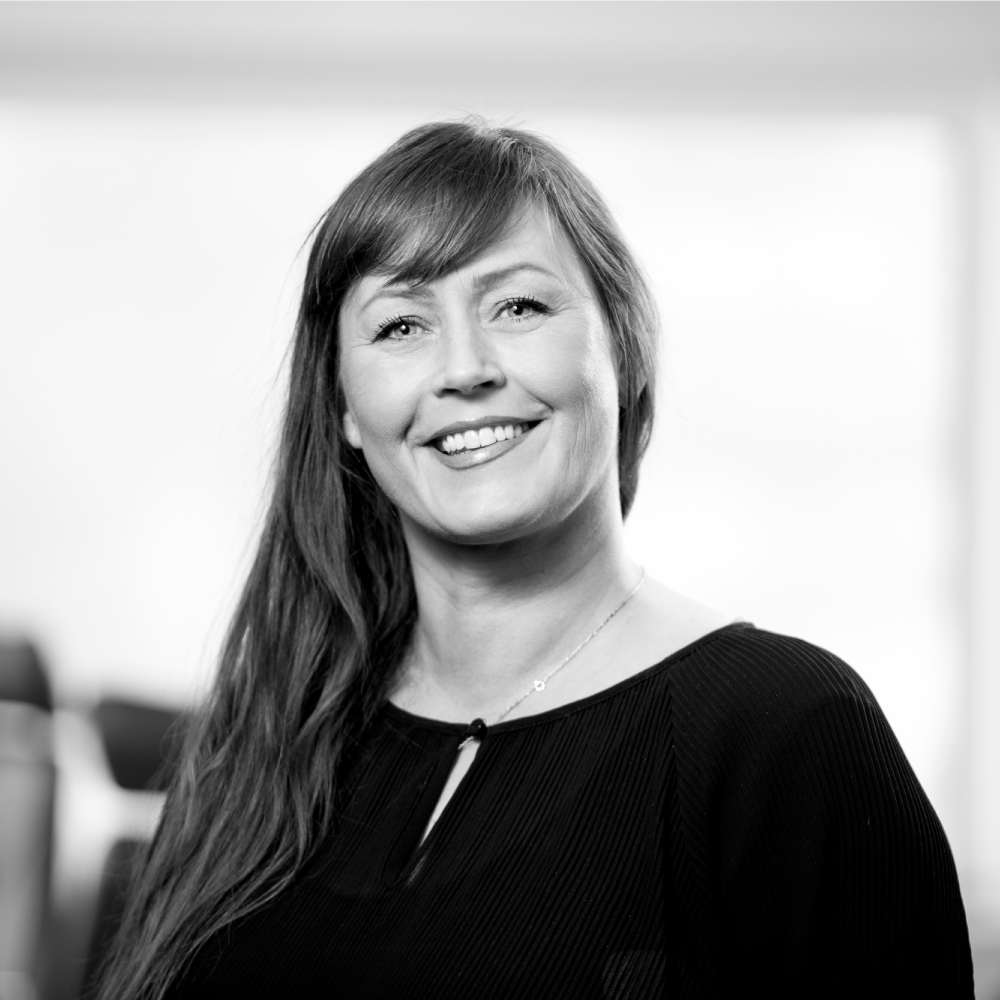 Elkjøp Bedrift has, for several years, been a trusted partner of Databeat. They have installed a unique digital signage solution, which is supported by Databeat. The two large LED public display screens to take part in giving Fremtind Insurance a brand new and innovative profile. Their goal with the public displays is to increase awareness and internal comms towards their employees.

The insurance industry has, for a long time, had a reputation of being too traditional and stout. The corporate powerhouses within insurance - DNB Insurance and Sparebank1 insurance- have merged their insurance divisions on the 01. January 2019 and have created Fremtind Insurance.

The aim was to form a modern, forward-looking insurance company, where the whole culture and brand are characterized by three main elements: Innovation, sustainability, and technology.

Read more about: The Benefits of Digital Signage in Corporate Communications An insurance company for the future

Fremtind's HQ is located in the heart of the capital city of Norway - Oslo. Part of the merger was to get all the nearly 1,000 employees within the insurance divisions in one building. The building was to undergo a proper upgrade, and the visual style should reflect the new forward-thinking and innovative culture. The HQ must be modern, creative, and high-tech, which reflects the Fremtind vision. It became a quite comprehensive process involving interior architects and innovative solutions.

The reception in the building had the familiar characterization of an old and former bank. Our goal was to take away all the earlier elements and the feeling of being a bank. We want to point out that we are a forward-looking insurance company. We have been doing this since January 2019, and are almost done with the building now, says Hanne Marte Olset, innovation manager at Fremtind.

The most striking - is the modern reception area are two massive LED screens. One of these installations is located behind the reception, the other on the side, adjacent to the employee cafeteria. Hanne Marte Olset does not hide the fact that the two large LED screens have given a WOW effect towards visitors and employees.

People who pass by should like to see what's going on in here. But the most important thing is that public display screens should be useful for those who work here and those who come to visit. We want to use technology in our building and make it efficient and innovative, says Olset.

She admits that a source of inspiration has been the digital signage solution in the Salesforce office in San Francisco, which displays animations on a giant LED wall. "Samsung provides the LED screens, and they needed to content based on different times of the day. For example, we should have content that appears at night, to be somewhat more subtle. During the day, we show information about current topics and how we work here at Fremtind. Within the workspaces - on the screens, we show different content such as KPI that involve billing, payments, and number of insurance cases" says Olset

Hanne Marte Olset also talks about ideas about the visitor system in the reception, where guests can, for example, see a small animation of the person they are going to have a meeting with. The screen behind the reception desk will also be able to display content that supports Fremtind's profile, without too much disruptive content.

There is a door in the middle of this screen, and it will eventually be used in creative ways, with animations around the doorway. The visual impression is undeniably striking, and it is clear that the screens have great potential for use. Therefore, it is also crucial that everything works correctly and that the system is as user-friendly as possible so that we can make changes to media plans or content in an instance.

Easy to set up

When it comes to operations, we have two companies that we relate too. Elkjøp Bedrift is the vendor we work with when it comes to hardware. We have got a lot of extra panels, so we can easily replace them with the help of a technician if something happens, should any issues occur with the solution.

When it comes to software, Databeat provides the publishing solution, and they have provided us with all the training. There are some media players on which the LED wall runs, and DatabeatOMNI is used for publishing content, says Hanne Marte Olset.

Plenty of ideas for the future

With that said, publishing itself is very straightforward, as the software works like any other publishing tool. Fremtind has its editorial staff responsible for the content, which conducts video production, animations, images, and content.

When publishing content - simply selecting a correct "channel" to publish it on; however, the system consists of more than just the two LED screens at reception. Elkjøp has also provided more traditional screens found in the building's social zones, called public spaces. There is one such zone on each floor, with slightly different designs and themes. The screens in these zones show more targeted internal information to the employees. It can be information about general meetings, competitions, or events, or they can share what other departments are doing or have planned.

From Elkjøp Bedrift, Olebjørn Dragerengen, who is the Account Manager, has been involved throughout the process, and he says the following: "To ensure the quality we have been very dependent on time. We have had to double and triple-check everything.

The supply chain needed to be right, and this required a lot of planning, and with such large installations, the designers must get the opportunity to work freely.

Having great partners was essential to this project. Samsung provided the hardware and Databeat the software and also to mention that AVC did a great job of putting interior all together. It's has been a great pleasure working together with our partners to deliver this installation for Fremtind.

◄ Go back to customers
Copyright © 2021 Databeat Terms and conditions